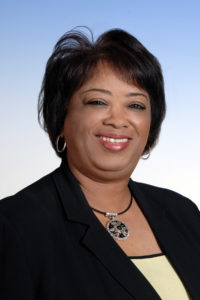 Mary L. Thomas, executive vice president of The Spartanburg County Foundation, has recently been elected to serve a second term on the Southeastern Council of Foundations (SECF) Board.

As a trustee, Ms. Thomas, along with 29 other board members, assists the association in connecting with grantmakers to advance and promote philanthropy in the region, provides leadership in the area of governance and policy development as well as planning and budgeting, and works to ensure that SECF is a relevant association that meets the needs of its membership.  In addition to serving on the board, she also serves on the Governance and Finance Committees.

In her current role with The Spartanburg County Foundation, Ms. Thomas serves as a senior member of the executive staff and is responsible for the day to day operations of the organization, and leads the mission, vision and strategies of the Foundation while translating the Foundation’s goals into the overall program of work.

Ms. Thomas serves on multiple boards and committees, including: Spartanburg Regional Healthcare System Board of Trustees, Rotary Club of Spartanburg, and BMW Community Advisory Panel. She is a past member of CF Leads (an organization dedicated to helping community foundations advance the practice of community leadership to build thriving communities), Women in Philanthropy, AFL Telecommunications Advisory Board, the Mary Black Health System Women’s and Children’s Advisory Board, the Mary Black Health System Board of Trustees, SC ETV Advisory Board, and is a former Commissioner for The South Carolina State Housing and Finance Authority.  Ms. Thomas is a very active leader in the Spartanburg Community and has held extensive leadership roles with a host of organizations throughout the area and beyond.  Ms. Thomas is a graduate of Leadership Spartanburg, and is a Past Chair of The SC Grantmakers, the Spartanburg County Consensus Project and Spartanburg Communities in Schools.

Ms. Thomas’s many honors include being named the first African American winner of the 2006 Council on Foundation’s Robert W. Scrivner Award for Creative Grantmaking, which came with a $10,000 award and sculpture.  Ms. Thomas took the cash prize and established a fund (The Mary L. Thomas Award) to perpetuate a vision of grassroots leadership, giving voice to those members of her community who are change agents in their “own right.”  The Mary L. Thomas Award for Civic Leadership and Community Change is a result of Mary’s generosity to give her cash prize back to the community. She challenged the community to match her money to recognize others who “fly under the radar” and need encouragement in their quest to make a difference.  As a result of this challenge, hundreds of gifts large and small helped make this vision a reality. The Fund garnered over $150,000 in just a few months and has been endowed to strengthen voices throughout Spartanburg County. A brochure is included listing recipients of the Award.

Other honors include the James E. Whitmire Meritorious Award, the Sunrise Civitan Good Citizen Award, the Mary McCloud Bethune Trailblazer Award (presented by the National Council of Negro Women), the 1998 Piedmont Area Girl Scouts Woman of Achievement, a 1997 YMCA Black Achiever, Junior League Sustainer of the Year, and numerous others.

With over 25 years of nonprofit experience, Ms. Thomas is most noted for her work building partnerships across the public, private and nonprofit sectors to bring about community improvement.  This is most notable in the Spartanburg Community Indicators Project, which is a report that is released three times a year which reveals key statistics regarding the status of public health, education, social environment, civic health and our natural environment throughout Spartanburg County.  This collaborative initiative is now known as a best practice across the country.

Your ticket for the: Mary Thomas Elected to a Second Term with the Southeastern Council of Foundations Board