An Evening with Wes Moore 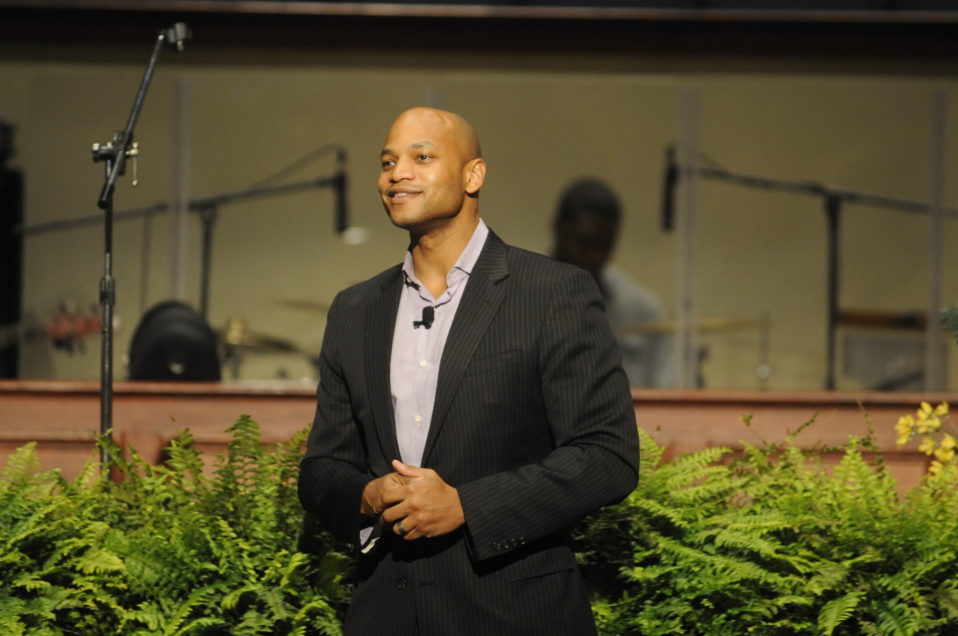 New York Times bestselling author Wes Moore told a Spartanburg audience that there is an underdog, proud spirit in Spartanburg that reminds him of his native Baltimore.

Moore was the featured speaker at an event at Cornerstone Baptist Church Tuesday evening. The youth advocate and motivational speaker shared his experiences growing up in Baltimore and the importance of standing up for others.

Moore said Spartanburg, like Baltimore, is a city of collaboration where community members feel a responsibility to take care of one another.

Moore referenced his first book, “The Other Wes Moore,” which tells the story of two boys with the same name who grew up under similar circumstances in the same city, but who ended up on very different paths. It’s more than a book about two kids sharing a name from the same neighborhood, Moore said.

The book seeks to explore the thin line between one life and another, and “between those we congratulate and those we castigate,” Moore said.

“Expectations for ourselves come from others’ expectations for us,” Moore said. “If we don’t raise levels of expectations and alter the hopes and realities for our kids coming up, we are doomed to repeat the same tragedies over and over.”

Moore said while society is full of “others,” they are people whose destiny matters as much as the next person’s. He told attendees the most important question they will ever be asked is, “Who did you choose to fight for?”

Allen Smith, president and CEO of the Spartanburg Area Chamber of Commerce, said having someone of Moore’s caliber visiting the community highlights the momentum in Spartanburg.

“I’m glad to be part of a community that is always doing something for what Jesus called ‘the least of these.’ I challenge (everyone) to think about people in our midst every day who are struggling and slipping through the cracks,” Smith said. “I hope we are inspired to recommit ourselves to rebuild a Spartanburg that is not for some, but that is for all.”

Mary Thomas, chief operating officer of the Spartanburg County Foundation, said Moore is a living example of what can happen when people are supported and encouraged to make successful decisions.

“This is a wonderful representation of our community,” Thomas said. “What we hoped to accomplish tonight was to have a true community gathering.”

In his closing remarks Moore said that a person’s, and a community’s, success will be defined by who the person chooses to fight for.

“Our success means nothing if the person next to us is failing miserably,” Moore said. “We will succeed as a team or fail as a team and the choice is completely ours.”

Your ticket for the: An Evening with Wes Moore

An Evening with Wes Moore