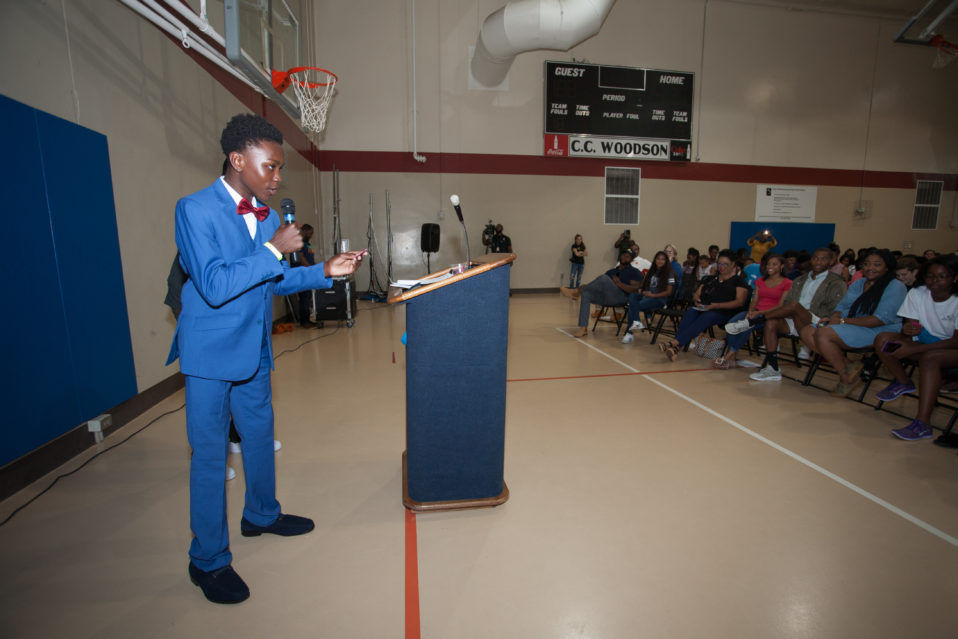 Former professional athletes shared their life stories with Spartanburg teens Friday and offered them advice as they get ready to head back to school next week.

After a successful collegiate sports career at Furman University, Singleton was drafted by the Los Angeles Lakers in the third round of the 1984 draft. He played with a number of NBA stars throughout his career.

“I grew up in a very small town and very early in life I realized there were things that were vital and important to be successful, and one is your attitude,” Singleton said. “Your attitude will determine a lot.”

Singleton encouraged the teens to find careers that they are passionate about and to follow the advice of their parents and teachers.

Crosby starred in football and baseball at Union High School. In 2001, he signed to play football at Clemson University and was a second-round draft pick of the Kansas City Royals, signing a $1.7 million contract.

He spent the 2005 season on the Indianapolis Colts’ practice squad and tried out with the Texas Rangers in 2007.

But Crosby never played a professional game. He struggled after the death of his younger brother, and was sidelined for a season of college football by elbow surgery.

Still, Crosby said he remained determined to realize his dreams. He encouraged the teenagers to remain persistent in pursuing their goals.

Spartanburg Day School student Adom Appiah shared how he turned his passion for both sports and philanthropy into helping nonprofit organizations in Spartanburg County. He founded the charity Ball4Good, and recently wrote a book, “Kids Can Change the World.”

“Find a way to make a difference in the community using your talents,” he said. “You will be the leaders of tomorrow and don’t be scared to mess up.”

Your ticket for the: Kids Can Change the World Back-to-School Pep Rally