Building a FUTURE for PHILANTHROPY 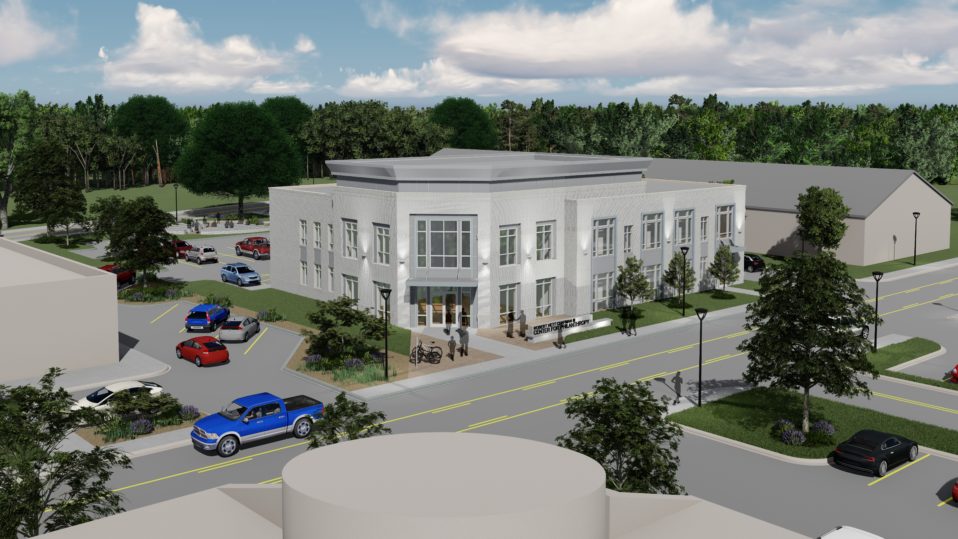 Throughout the year, The Spartanburg County Foundation has recognized its 75th anniversary by focusing on community impact. At the onset of 2018, the Foundation set a target goal to increase its community outreach and to grant a total of $750,000 to nonprofit organizations serving Spartanburg County. The Foundation has brought regional and national thought leaders to Spartanburg this year to share knowledge about topics such as economic mobility, STEM education, mentoring, and parenting. The Foundation and its donors have also spent the year investing into the greater Spartanburg County community, granting $75,000 to The Franklin School, awarding $75,000 to 23 nonprofits during a special Just Because ambush philanthropy event, and offering unique grantmaking opportunities.

In its culminating event, the Foundation held a birthday celebration at the former site of Hardee’s No. 1 to recognize the past 75 years and to announce plans for its future.  The Foundation revealed its established statement of values and expanded vision, the grant recipients of the Endowment Challenge, and plans for the parcel of land at 431 E. Kennedy Street.

In this milestone year, the Foundation’s Board of Trustees has spent time reflecting on the history, vision, and mission of the organization, researched critical data, and established an expanded vision statement and a set of core values in response to the County’s most critical indicators. As a result, the values established by the Foundation are Stewardship, Community, Innovation, Impact, and Equity. The expanded vision statement, derived from thoughtful consideration of data, states: All Spartanburg County residents achieve their human potential through continuous improvement in quality of life, educational achievement, and economic mobility. The values and vision are critical to the Foundation’s role in the community and will allow the organization to address its mission and direct its future.

The mission of The Spartanburg County Foundation is to improve the lives of Spartanburg County residents by promoting philanthropy, encouraging community engagement, and responding to community needs. In alignment with its mission and in recognition of 75 years of impact, the Foundation’s Trustees and staff offered a special, competitive Endowment Challenge for nonprofits that seek to build their capacity and sustain their mission for the future. The Foundation is providing seven challenge grants that are dollar for dollar matching awards of either $25,000, $50,000, or $75,000 to establish an endowment fund or build an existing fund at The Spartanburg County Foundation.

“The Foundation views endowments as a critical building block in developing the capacity and future sustainability of nonprofit organizations,” said Mary Thomas, chief operating officer. “Endowment income provides stable financial support for operations, programs, and facilities. An endowment signifies an organization’s thoughtful consideration of its future, affording the nonprofit the opportunity to diversify its revenue sources and to assist the organization in fulfilling its mission in perpetuity.”

The Foundation was also pleased to announce today that it will build the state’s first center for philanthropy at the celebration location, 431 E. Kennedy Street. In 2017, Susu and George Dean Johnson gifted the parcel of land to the Foundation with the condition that any structure to be built should bear the name of the late Rob Chapman.

The Robert Hett Chapman III Center for Philanthropy will complement the expanded vision of the Foundation and will be a collaborative, shared space that will allow the Foundation to further its role as a community convener and thought leader.

The Foundation was also pleased to report that it has raised $5 million of the $8 million capital campaign, including a generous gift from an anonymous donor who has committed a dollar for dollar matching gift of $4 million to establish a permanent endowment fund to support the operations and maintenance of the Center for Philanthropy.

Additionally, the Foundation announced a second naming opportunity with The John T. Wardlaw Nonprofit Partner in Residence, a space that will house a nonprofit organization whose mission aligns with the Foundation’s. Mr. Wardlaw was a community champion who was dedicated to data-driven decisions and to improving educational attainment in Spartanburg County.

“With much research and consideration, we are pleased to announce the plans for The Robert Hett Chapman III Center for Philanthropy,” said Troy Hanna, President and CEO of The Spartanburg County Foundation. “We envision the Center for Philanthropy to be a place to where all voices are heard, which will strengthen our partnerships and efforts to make Spartanburg a better place. We invite our community to get involved in building the future of philanthropy in Spartanburg County.”

The Foundation publicly launched its capital campaign today to raise funds for The Robert Hett Chapman III Center for Philanthropy. Gifts can be made by contacting The Spartanburg County Foundation.

Your ticket for the: Building a FUTURE for PHILANTHROPY

Building a FUTURE for PHILANTHROPY