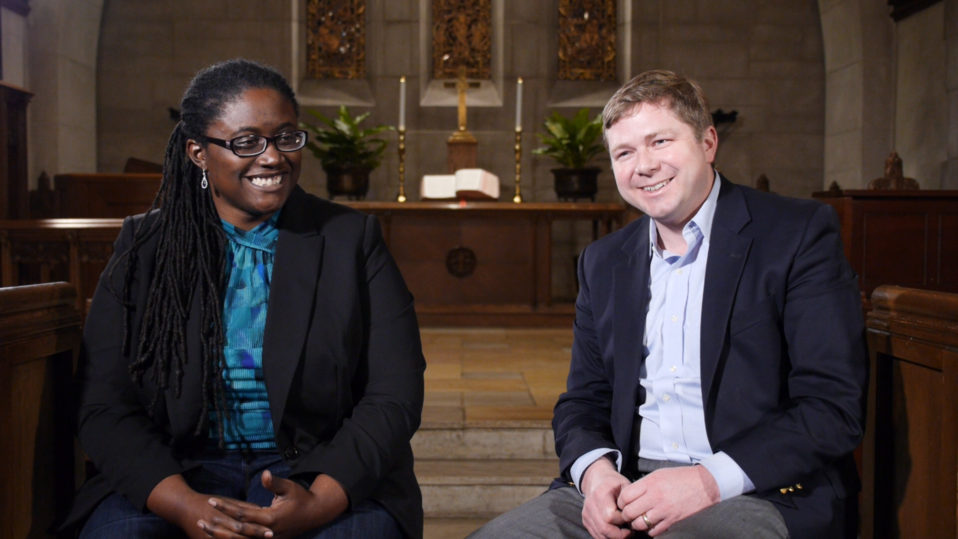 Speaking Down Barriers co-founders recognized for leadership in Spartanburg

Recipients to use award funds to expand services

Marlanda Dekine and Scott Neely, co-founders of Speaking Down Barriers, were recognized by the Spartanburg County Foundation as co-recipients of the 2016 Mary L. Thomas Award for Civic Leadership and Community Change at the foundation’s annual meeting Tuesday evening.

Two community leaders were recognized Tuesday evening for their work to create a dialogue on race and social issues.

Marlanda Dekine and Scott Neely were co-recipients of the 2016 Mary L. Thomas Award for Civic Leadership and Community Change at the Spartanburg County Foundation’s annual meeting.

The award honors individuals who are not typically in the limelight but who perform valuable public service at the community level.

Dekine and Neely are the co-founders of Speaking Down Barriers, an organization that works to combat social and racial divisions and unify the community. The pair hosts programs that bring people of diverse backgrounds together to talk about discrimination and provide healing.

“I was excited and shocked at the same time,” said Dekine when she was first told about the award. “(The foundation) told us to come to their office and that they wanted to hear more about our work. We came prepared with this presentation but they stopped us and told us about getting the award.”

Neely also said he was stunned, but was glad to be hearing the news of the award with Dekine.

“The award itself is a wonderful honor, but I felt very grateful that the committee had seen the way that we work together and wanted to publicly recognize that,” Neely said. “In the gatherings that we facilitate and the trainings that we host and the presentations and speaking that we offer, we challenge participants to not only face the past, but also to choose the future.”

In the past, the foundation has selected one recipient each year. This year the foundation’s award selection committee wanted to recognize both Dekine and Neely for their vision, courage and leadership in the community.

“Since the inception of the award, eight recipients have been recognized for their great passion and pioneering efforts in serving others in our community,” said John E. Bauknight IV, secretary of the foundation, who presented the award. “Tonight’s winner is no different and joins the ranks of those community leaders who work tirelessly to make life better for everyone.”

The award included a $5,000 grant, which will be used to further the work of Speaking Down Barriers. Dekine said the funds will help launch a new program that will include healing retreats for social workers, counselors, journalists, poets, teachers, volunteers and activists who work hard to fight racism.

“These people endure risk, criticism and strain, often with very little support. They are physically threatened and emotionally battered for the work they do,” Dekine said. “We will offer them a time set apart, to step away from their challenges and heal so that they can do their work with even greater power.”

Your ticket for the: Congratulations Marlanda Dekine and Scott Neely, Co-recipients of the 2016 Mary L. Thomas Award for Civic Leadership and Community Change!