A Testament to Rob Chapman at the Center for Philanthropy Groundbreaking- George Dean Johnson, Jr. 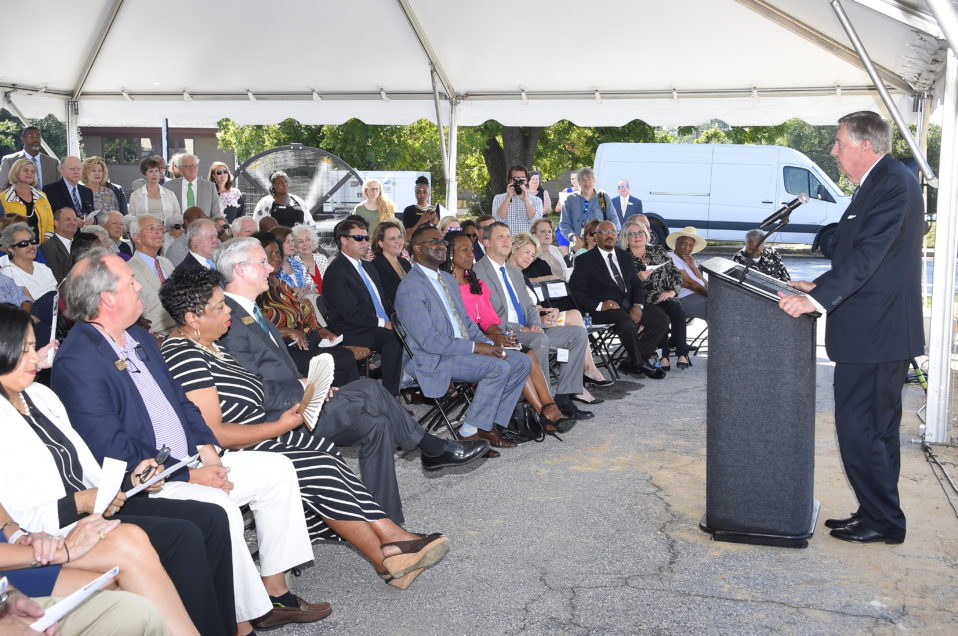 There are so many things I could say involving his humility, his business acumen, his philanthropy, and his wonderful family. You all know that about Rob, and I have chosen to speak about his unique gifts in dealing with people. His genius was, that he made whoever he came in contact with feel better about themselves and he naturally attracted like a magnet, people to his sphere of influence. He was genuinely interested in everyone he met from whatever “walk of life”.

If I ask you in this audience, if you felt you were Rob Chapman’s best friend, ten hands would go up, in South Carolina another hundred, and across the country, many more. Everyone thought they were Rob’s best friend, because he made them feel like they were. But his legacy lives on with his wonderful wife Lacey, daughters Dennis and Jane Harrison and their children. This legacy that he left, including our friendships in this audience for him, will always be felt in this community.

Lacy, Dennis, Jane Harrison, their husbands and the children have his same infectious smile, laugh and will carry on his tradition of making Spartanburg a better place for all. Not only did Rob love Inman Mills, he loved our community, our city, our county and its people. How fortunate are we to have known someone with these special characteristics.

When he and Norman had to lay people off in the 2008/2009 recession, it was a very emotional time for Rob. The employees, after being told that they didn’t have a job, came up and comforted Rob because they knew of his sincere feelings towards them individually and collectively.
This was Rob Chapman in action. Empathy and kindness for all. No bad words spoken about any individual. A genuine concern for the welfare of his employees, his friends and the citizens of our county. I want to read you a poem by Jeff Bezos. I read it sometime ago and put it in my desk. I think this sums up the effect Rob had on us.

“To laugh often and much; to win the respect of intelligent people and the affection of children; to earn the appreciation of honest critics and endure the betrayal of false friends; to appreciate beauty; to find the best in others; to leave the world a bit better, whether by a healthy child, a garden patch, or a redeemed social condition; to know even one life has breathed easier because you have lived. This is to have succeeded.”

Rob was a great success. 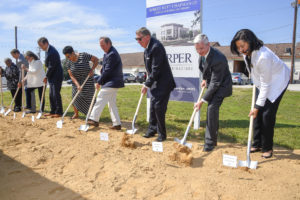 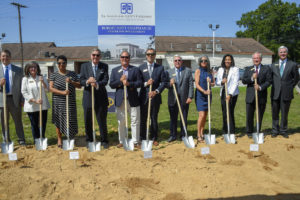 Your ticket for the: A Testament to Rob Chapman at the Center for Philanthropy Groundbreaking- George Dean Johnson, Jr.

A Testament to Rob Chapman at the Center for Philanthropy Groundbreaking- George Dean Johnson, Jr.