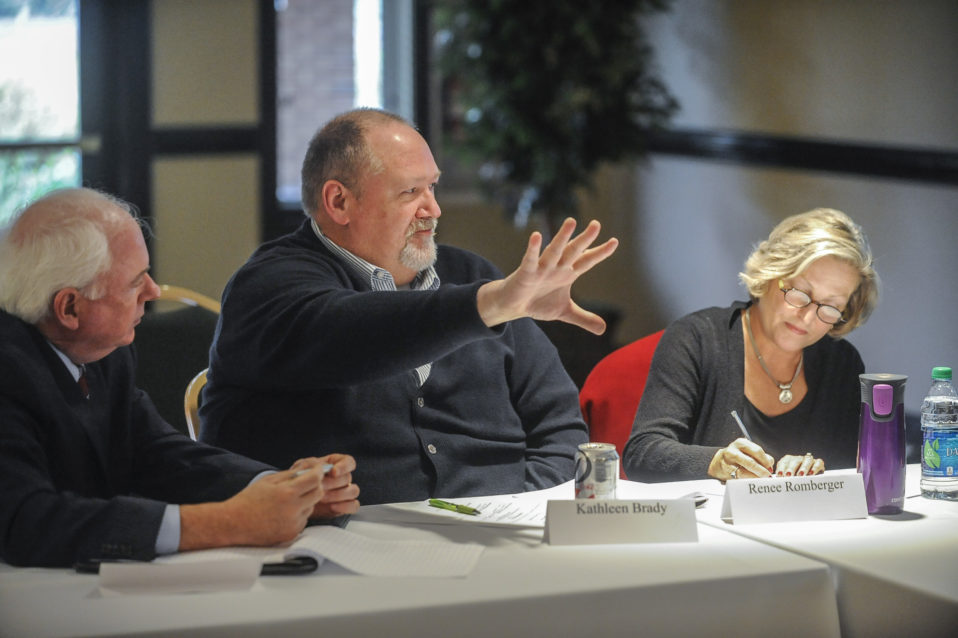 The Spartanburg County Foundation is facilitating a collaborative effort to leverage resources in Spartanburg County which will create an age-friendly community with a focus exclusively on the senior population.  The purpose of the collaboration is to keep older adults independent, healthy, active, learning, and engaged in the community, and to address the growing needs of the growing senior population living in Spartanburg County.  The initiative will model its efforts after the VSP Center, a best practices facility located in Chesnee, South Carolina.

The partnership team, which is comprised of community leaders and organizations from both public and private sectors, met on Monday, December 2nd to discuss the vision of the group and to begin building strategies to achieve its vision.  Twenty-six representatives attended the partnership meeting to give input, share ideas, and determine next steps for the initiative.  The partnership team is focused on using existing community resources to harness the intellectual capital of our senior population, rather than focusing solely on providing services.  Dr. Linda Salane, CEO of WNN Consulting, served as facilitator for the group and will continue to work with the partnership team as it engages in additional planning over the next 12 months.

Discussion opened with individuals sharing their visions for the initiative, which included moving from service to seniors to engaging seniors in the community and getting their involvement in the initiative.  Partnership team members broke into small groups to discuss where they would like to see the program in seven years.  In small groups, team members discussed what would be needed in terms of programming, infrastructure, partnerships, and funding in order to achieve the desired results.  The partnership team reconvened as a large group and shared ideas to determine common themes, potential partners, and challenges.  Prior to adjourning, the partnership team agreed that next steps will be to identify potential geographic locations for a center, conduct focus groups with senior citizens in targeted areas of Spartanburg County, and to plan for the next meeting to be held at the VSP Center in Chesnee.

Your ticket for the: Foundation Leads in Collaborative Effort to Promote Senior Wellness