BAUKNIGHT ELECTED TO FOUNDATION BOARD 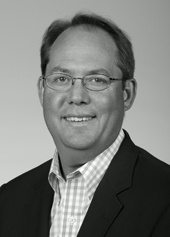 The Spartanburg County Foundation is pleased to announce the election of John E. Bauknight, IV to the Board of Trustees.  Mr. Bauknight’s term is for seven years.

Since graduating from Wofford College in 1989, Mr. Bauknight has been active in the establishment of several entrepreneurial ventures in the employment benefit, document shredding and recycling industries.  Mr. Bauknight currently serves as President of Longleaf Holdings USA, LLC, a real estate investment firm based in Spartanburg.

Mr. Bauknight and his wife, Laura, reside in Spartanburg.  They have two children, Ellis and Chappell.

Your ticket for the: BAUKNIGHT ELECTED TO FOUNDATION BOARD

BAUKNIGHT ELECTED TO FOUNDATION BOARD